The Islamic Propagation Centre International (IPCI) was founded in 1957 by the Late Shaikh Ahmed Deedat.

As you are probably aware, that on the 8th of August 2005 / 2 Rajab 1426, Sheikh Ahmed Deedat passed on to meet his Creator. This was after succumbing to a severe stroke that left him paralyzed for more than nine years.

Empower and strengthen communities through the promotion of moral values and principles.
Build bridges across faiths for greater understanding and social cohesion.
Present Islam in its pristine and original form to people of all faiths.

The IPCI has been actively engaged in a multitude of programmes, some of which are the following :

In line with its objective of building bridges across faith groups, the IPCI host regular programmes in a diverse set of communities across South and Southern Africa. These programmes typically involve the following activities:-

IPCI conducts a range of formal and non-formal educational programmes aimed at different groups of people. The main objective of these programmes is empowerment of individuals through skills and competencies – rather than using ‘welfare handouts’ as a basis for social outreach.

As part of its regular community outreach programmes,  IPCI’s programmes are geared to encourage a culture of safe and healthy living through the promotion of moral values and good conduct. Through its public lectures and publications, issues of social ills and its solutions form the mainstay of the messages to general public.

Perhaps IPCI’s most notable activity since its inception (1957) has been the global dissemination of its CD’s, publications and DVDs aimed at presenting Islam to a global audience and encouraging dialogue between diverse faith groups. Tens of thousands of copies of its publications are distributed annually to people in virtually every part of the globe.

Most recently, IPCI has also introduced a new state-of-the-art Islamic Exhibition Centre that enhances the management of Dawah activities at its headquarters in Durban, South Africa.

From the very broad overview of IPCI’s activities above, it can be seen that IPCI is playing a crucial role in building bridges across various faith groups in South Africa and beyond. It is also niche role that requires specialist organizational competencies which IPCI has developed over the last 50 years of its operations. 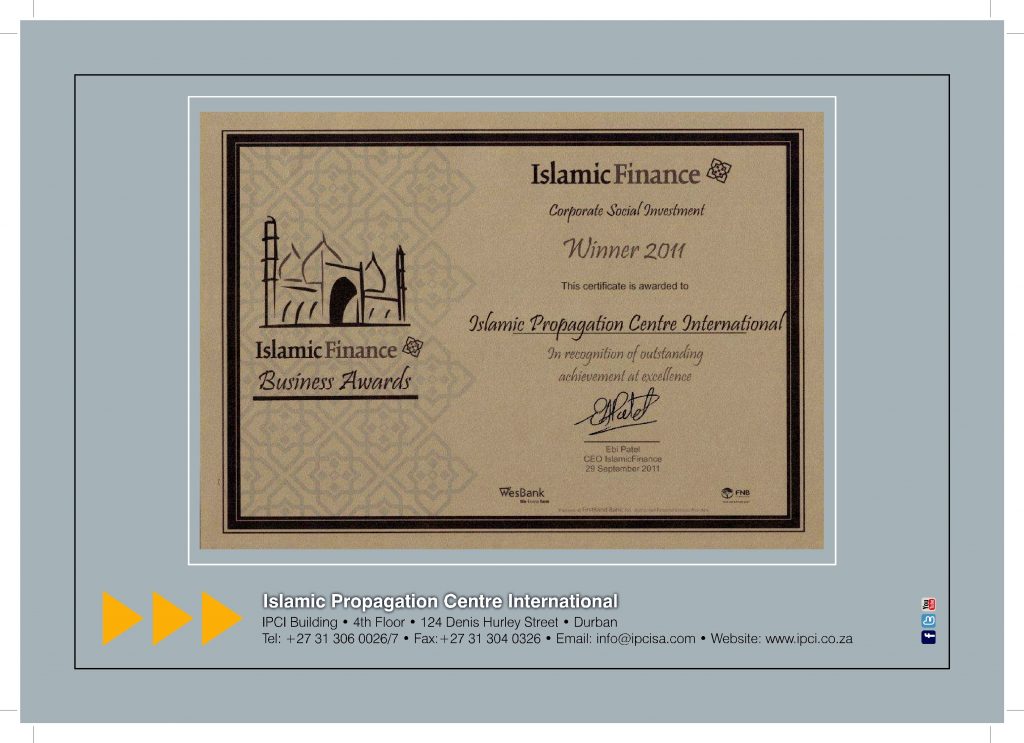