To make the message of Islam heard and understood in our time, and to make the Muslims a blessings unto mankind.

Does an organisation with the calibre, charisma, and charm of its founder, Sheikh Ahmed Deedat, have a life span of its own that will outlive its founder? is a question often posed to us? 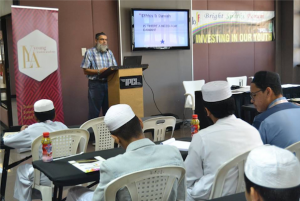 In many respects Sheikh Ahmed Deedat was the personification of the Islamic Propagation Centre International, and he did not have a mentoring style to groom a successor.

Our answer is simple, not simplistic, that Islam continues after the death of Prophet Muhammad, peace be upon him, and so do the IPCI have a life span of its own that will last many lifetimes longer than its magnetic leader, Insha’Allah. Personalities, no matter how magnificent, will come and go, but it is the organisation that will remain, Insha’Allah. 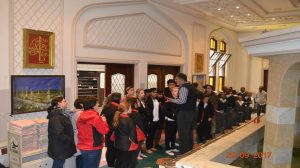 leadership of the IPCI, the trustees and management will build a first class organisation to meet he challenges of the 21st century, Insha’Allah.

The IPCI without its venerable founder, Sheikh Deedat, will not focus to mould a single person to succeed him, but has put in place training programmes and are creating conditions within the organisation from which new generations of Deedats and leaders will emerge.

The IPCI, in the last four years since Sheikh Deedat fell ill, has been grappling to rebuild an organisation that was essentially moulded around the charisma of an internationally renowed person. The transition from an organisation governed by a strong willed charismatic personality to one run by a dedicated, passionate, committed, and competent team of people has been painful, stressful, and daunting, but achievable, Alhamdulillah.

Of course, we still have some distances to go before we could say that our task of transformation of putting in place a team of people building an IPCI that is driven by a collective and collaborative management is complete. 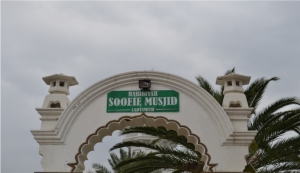 The Deedat legacy is living on way beyond the expectation of the IPCI and its founder. So many people throughout the world have benefited from his speeches, debates, and literature through which he made his impact. His work has spawned so many more Deedats who are now even better equipped than their mentor to further the mission of delivering Islam to the rest of humanity. Sheikh Deedat himself said there would emerge after him those who will not only be equal but better than him in the pursuit to propagate Islam.

The IPCI is well placed and positioned to build an organisation that will attract the best talent in the world, train them and put them into the service of delivering Allah’s Last Testament to humanity.

Sheikh Ahmed Deedat had the foresight to transform the IPCI, which was a local organisation, into an international and world-class player with a global outlook and outreach. The IPCI will continue to live up to this global responsibility to make Islam understood in our time and to reach out as far as possible to every human being with its message.

There are encouraging signs that the IPCI which Sheikh Deedat so painstakingly built for close to half a century will outlive its founder and continue his legacy to which he dedicated his entire life, Insha’Allah. This will be to him his most monumental accomplishment and fulfilment of his wish and dream that Islam should prevail over all other ways and paths.