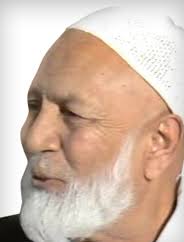 He was none other than Sheikh Ahmed Deedat, reverently known and called UNCLE by those who hold him in high esteem and admiration.

The award came after a lifetime of struggle to propagate Islam and to defend Islam against the onslaught of the missionaries.

Finally, he was given recognition by the international Muslim community that he deserved and focussed more sharply the attention of the Muslim world on the most important aspect of his work, the challenge to propagate Islam. This was his life long ambition to focus the Muslim world’s attention and resources on the propagation of Islam, and at last he succeeded. What a moment of jubilation, achievement and personal gratification for Sheikh Deedat the award was, a turning point in his life.

When he was told that the award will be jointly conferred on him and the French philosopher Dr Roger Gharoudi he was overjoyed, and felt a sense of achievement that he was in the company of an internationally distinguished scholar and activist. 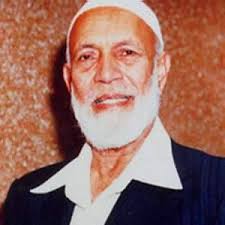 Sheikh Deedat did not have much formal schooling, but he was self-taught through experience and a penchant for reading, debating, discussion, and a profound sense of commitment to a mission and goal. He was driven and goal oriented. He was focussed and never let up until the job was done. He was sharp, perceptive, forthright, fiery, and daring in his challenge of those whom he debated, particularly against those who equal his missionary zeal and sense of audacity. Formal schooling did not destroy his creative prowess, his tenacity, ambition, drive, and sheer daring to swim upstream.

Sheikh Deedat was more a scholar of the Bible than the Qur’an, and was more familiar and adroit with its teachings. He had an insight and perspective of the Bible which made many Christians he came into contact with rethink and re-examine their faith, particularly those aspects of the Bible and the Qur’an that deal with the divine mission and life of Prophet Jesus.

It was a sad day for us, particularly at the IPCI, when Sheikh Ahmed Deedat suffered a stroke, and lost his speech, his most potent gift that he used so effectively in his debates to propagate Islam.

Sheikh Deedat fell ill in 1996, shortly after his trip to Australia, which was a momentous tour. He gave one of his most passionate talks in front of a capacity crowd in Sydney, on the theme Easter: A Muslim viewpoint.

This was his last lecture before he suffered a stroke, and he has been bedridden since then. He is still as alert as ever and his sharp memory to identify faces and events has not left him. When people come to see him that he has not seen for many years, they are amazed to see him recollecting spontaneously who they are and where he has met them.

Please pray for Sheikh Deedat and his family, and keep in touch with The Islamic Propagation Centre International, the organisation that he established to continue the work that he started for the benefit of posterity and generations to come, Insha’ Allah.

We at the IPCI will continue to further the legacy of Sheikh Ahmed Deedat and with the training programmes that we started more Deedats will emerge, Insha’Allah.

Sheikh Deedat has urged us to continue his work and he is comforted by the prospect that we at the IPCI Centre are doing our utmost to create what he himself called “more better DEEDATS.” This is how he would like to be remembered and honoured.

May the Almighty Allah restore his health, and make the remainder of his days sweet and the life to come even sweeter, Insha’Allah.

Please feel free to write to us for a more detailed biography of Sheikh Deedat. 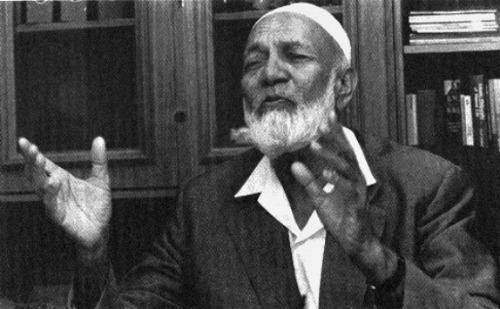 Sheikh Ahmed Hoosen Deedat was Born on the 01 July 1918 in the Surat district of India in 1918. His father emigrated to South Africa in 1927 with him. Ahmed Deedat was a very bright student and excelled in school. Lack of finance interrupted his schooling and at an early age of 16 he took on the first of many jobs in retailing and short assistant.

After reading a book called Izharul Haq – The Truth revealed, a book about a debate with Christian Missionaries in the then British India, Sheikh Deedat was spurred on in the direction of Dawah – Islamic Missionary Activity to halt the tide of the then Christian onslaught against Islam.

Over the next four decades, he immersed himself into a host of activities. Conducting Bible classes, lectures and debates the world over. He established the first Islamic Seminary in Southern Africa to train propagators at Assalaam educational Institute – Braemar.

He is the founder of the largest Islamic Dawah Organization in the world, the Islamic Propagation Center International and became its president.

He has published more than 20 books and distributed millions of copies of FREE literature and pamphlets the world over. Many of Sheikh Deedat’s publications have been translated into the many different languages of the world : Russian, Urdu, Arabic, Bengali, Bangladeshi, French, Amharic, Chinese, Japanese, Mayalam, Indonesian,, Zulu , Afrikaans, Dutch, Norwegian amongst others.

He delivered thousands of lectures all over the world, crossing all the continents and successfully engaging some of the biggest names in Christian evangelists in public debates. Sheikh Deedat’s debates and lectures are available all over the world in the various languages in Video and DVD format.

His career in the field of Comparative Religion took him across all five continents and dialogue with the heads of the Protestant world in America and the late Pope John Paul.

So fearless was his stand in defending the truth that Sheikh Deedat was refused entry into France and Nigeria on the pretext that ‘ he would cause a civil unrest’.

Sheikh Deedat also received a personal phone call at the IPCI from former President Nelson Mandela who was in Saudi Arabia at the time, congratulating Deedat for his international icon status in the Muslim World.

He was awarded the prestigious King Faisal Award in 1986 for his sterling services to Islam in the field of Propagation.

May Almighty Allah bless his soul, accept his efforts for the cause of da’wah and grant gracious patience to his loved ones during this trying time.

His funeral will leave his house 49 Trevenen Road, Lotusville Verulam at 5 pm. Proceeding to the Wick Street Musjid and after Magrib Salah / Prayer , he will be laid to rest in the Verulam Muslim Cemetery.

On the 8th of August 2005 / 2 Rajab 1426, Sheikh Ahmed Hoosen Deedat passed on to meet his creator. This was after succumbing to a severe stroke that left him paralysed for more than nine years.

To commemorate the passing away of this world renowned personality the IPCI held a tribute to its founder & president the late Sheikh Ahmed Deedat on Saturday, 20 August 2005 at the Durban City Hall.

At the the event some were moved to tears when an on screen 15 minute visual presentation on the life and times of Sheikh Deedat concluding with his Janazah.

The full part of this one hour documentary is available from the IPCI on the life of this icon of the muslim world, Marhoom Sheikh Ahmed Hoosen Deedat.

His life and times should be an example that muslims should emulate. The IPCI has received approximately one thousand messages of condolences both nationally and internationally.at the Saturday afternoon event, message of condolences were read out from hrh Prince Khalid Al Faisal Bin Abdul Aziz, Dr Ahmed Totonji, Dr Zakir Naik, Professor Ali Mazrui amongst, mayor of Durban Obed Mlaba & many others.