One of the most notable & recognizable personalities in the global Dawah sector in the past 50 years or more as undoubtedly Shaikh Ahmed Deedat. He had dedicated more than 40 years of his life presenting Islam, mainly to  non-Muslims across the world; published over 20 books and distributed millions of copies of these free of charge. He had delivered thousands of lectures all over the world and successfully engaged some of the world’s leading Christian Evangelists in public debates.

Several thousand people have come into the fold of Islam through Allah’s Grace and as a result of these efforts. In a fitting tribute to this achievement, he was awarded the King Faisal International award in 1986, a prestigious recognition of the value of his Dawah efforts in the world of Islam. Shaikh Deedat passed away on the 8th of August 2005 / 2 Rajab 1426. This was after succumbing to a severe stroke that left him paralyzed for more than nine years.

We take great pleasure in informing you that the Biography of Sheikh Ahmed Deedat is close to completion and printing, and we hope, insha Allah to have a global launch in 2011. This will be the first-ever documented work on the life and times of this servant of Islam which the IPCI will be publishing. One of the key aims of the book is to inspire the contemporary generation of Muslims about the life, challenges and work of this world-renown Da’ee. Further, the documenting of his life and work is also about taking the responsibility of recording our own current history for the Muslim Ummah globally.

Get notified of the best deals on our WordPress themes. 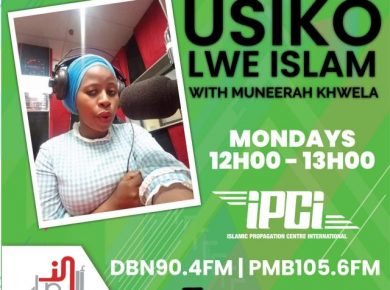